Don’t get your tinsel in a tangle! We have the perfect #ToastTuesday recipe for you. We topped toasted pumpernickel bread with probiotic Farmer Cheese, homemade cranberry chia jam, caramelized pears, and orange zest. Enjoy the goodness of seasonal produce with every bite!

Native Americans used wild cranberries and its leaves for its healing properties in cooking, as dye for textiles, and tea. By 1620, Pilgrims knew about cranberries and their many benefits from the Native Americans. However, due to their complex farming needs, it wasn’t until 1816 that cultivation of the cranberry began  With their protective and feminine energy, these crimson beauties are a staple in the Wiccan holiday Yule, which is also known as the Winter Solstice.

Cranberries contain high levels of proanthocyanidins (PACs), flavonoids that “help reduce the adhesion of certain bacteria to urinary tract walls, in turn fighting off infections.” In other words, PACs help prevent bad bacteria from causing infections, possibly preventing Urinary Tract Infections (UTIs). Cranberries are full of vitamins, minerals, and antioxidants, all of which have been shown in studies to help protect the heart. Even more, the PACs in cranberries help prevent the buildup of plaque in arteries, helping to prevent heart disease.

Pretty impressive finds from such small berries, right? It gets better because a one cup serving of raw cranberries contains:

Vitamin c plays an important role in the growth and restoration of tissues. It actively forms an important protein used to make skin, tendons, ligaments, and blood vessels. Because they’re rich in vitamin c, cranberries may help repair and maintain cartilage, bones, and teeth.

Studies have found vitamin c to be a powerful antioxidant that may be associated with lowering rates of skin cancer, cervical dysplasia, and possibly breast cancer.

Furthermore, vitamin c has been shown to be a key player in lowering blood pressure.

Cranberries are a good source of fiber. Essentially, “fiber is a type of carbohydrate that helps regulate the body’s use of sugars, helping to keep hunger and blood sugar in check.”

A study from Harvard School of Public Health concluded “that diets high in rapidly absorbed carbohydrates and low in fiber are associated with an increased risk of type 2 diabetes.”

Another study from 2016 found that adolescents and young adults who consume fiber regularly may have a significantly lower breast cancer risk than those who eat less dietary fiber during the same time period.

On top of vitamin c and fiber, cranberries are also a good source of manganese. According to Penn State, “manganese helps the body form connective tissue, bones, blood clotting factors, and sex hormones. It also plays a role in fat and carbohydrate metabolism, calcium absorption, and blood sugar regulation. Manganese is also necessary for normal brain and nerve function.”

Experts estimate that as many as “37% of Americans do not get the recommended dietary intake of manganese.” Studies have shown that inadequate manganese intake is associated with chronic diseases such as diabetes, osteoporosis, and epilepsy. 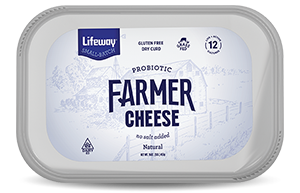